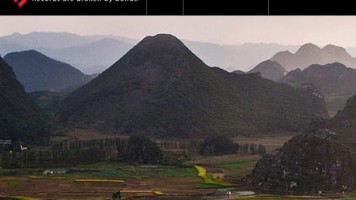 Singapore based Run Society, a leading online running magazine, has published an interview on the Shangri-La Marathon race director, Terry Majamaki. Learn more about the people behind the scenes, their passions, and how they are working to create great adventure race experiences for runners around the world.

Special thank you to Run Society for doing the interview.

Terry Majamäki: His Volunteering Efforts are as Admirable as the World-Class Races He Organises!

Ever heard the term “Renaissance men”—dudes who do it all yet manage their lives effortlessly and creatively? We’ve found one: Terry Majamäki. This event planning and race industry guru sits at the head of an organisation that takes him around the world promoting running. His business brand, New Global Adventures, LLC, brings him into contact with marathoners, race planners and the minions required to stage international events. He’s an unapologetic cheerleader when it comes to volunteerism and his cat Jager has his own website. But if you ask Majamäki what grounds him, he’ll point to wife Jenny and his passion for running!

RS: Can we ask how you and Jenny meet?

Majamäki: We met through work. We both had successful careers creating websites and designing apps, so you might say that technology was our matchmaker! Soon after meeting, we discovered that we are both creative geeks who love to run, so we’re a good pair.

RS: How long have you and Jenny been running?

Majamäki: We both ran when we were young, but over time, life moved at warp speed as we built careers. Jenny decided she would start running again around eight years ago. To recapture her rhythm, she ran short races at first, then she moved on to half and full marathons and ultras. I didn’t jump on her bandwagon from the get-go; but I was cheering her on from the sidelines!

RS: Did Jenny finally get you off the sidelines?

Majamäki: (Laughs) Yes! Her passion and energy rubbed off. I started running again. At first, just short distances, but as my endurance increased, I started competing. I’ve become a more active all-around athlete of late: I run, mountain bike and snowboard. I don’t think either of us will ever stop running—it’s too big a part of our lives.

RS: People who become runners rarely think about volunteering for races. You do both and have become an advocate for event volunteerism. Why did you start volunteering and what does the job entail?

Majamäki: Volunteers are the key to successful athletic events. They show up and provide support to racers and organisers. It’s a monumental task to stage a race; the list of responsibilities we undertake as volunteers is endless. We check runners in, work aid stations, dispense water, mark courses and sweep up after races end. We also volunteer to coach friends. A buddy runs the Angeles Crest 100 mile annually; we pace him through sections of the course and work with his crew.

RS: Are volunteers overshadowed by athletes?

Majamäki: In some respects, runners are “the stars of the show”. But volunteers are the unsung heroes. Jenny and I advocate on behalf of volunteers so they get their moments in the spotlight. Besides, you can’t beat the warm, fuzzy feeling that comes from doing something selfless. For volunteers, nothing compares to handing out a water and receiving a huge grin from an exhausted runner in return!

RS: Would you encourage people to become race volunteers?

Majamäki: You bet. Here’s why: First, they will feel important, valued and needed. Second, you are giving back, helping others to have a great race experience. Whether you monitor start and finish lines or hand over that water bottle, there’s an immediate feeling of being part of something bigger. Anyone can work volunteering around their schedule. Volunteer for a few hours or the entire race—we know and respect the fact that volunteers have lives.

RS: Is there a difference between volunteering to staff a marathon and an ultra?

Majamäki: Yes. Ultra experience is important. Some people prefer volunteering for trail or mountain races like the Shangri-La Marathon because they are experienced runners who know the ins and outs of extreme events. They understand that ultras can require great stamina since locations often can’t be reached by car, so one would be expected to walk long distances on difficult terrain to reach stations along the race route.

RS: As a volunteer, do you see a difference in runners participating in extreme races vs. regular marathons?

Majamäki: Yes. It’s essential to understand the psychology of runners who undertake arduous events. Once a runner is 30k, 40k or 80k into a race, he is in a different state of mind. He’s probably weak and exhausted so he doesn’t always make good decisions. As volunteers, we are responsible for monitoring, evaluating and making sure runners remain strong, fueled and hydrated despite the physical stress they’re under.

RS: Do you have a favourite running distance or prefer a certain type of race over others?

Majamäki: I’ve run all types of races, and while I enjoy a good road race, I love trail races that take me further into nature and away from the concrete jungle. There is something magical about getting that “runner’s high” while surrounded by nature’s glory. I’m truly peaceful and happy when I run scenic trails.

RS: The world is filled with exotic places, yet you picked China after exploring various locations. How come?

Majamäki: Our introduction to China’s Yunnan Province came through Jenny’s family in Kunming. They took us to sites that took our collective breath away, so we decided it was our job to bring runners to this amazing, lush region. Besides, we always encourage runners to get off the touristy path and run in remote locations.

RS: What are challenges you face as the organiser of an international running event?

Majamäki: In one word, “Time”. A race may happen in a single day, but we spend months planning, recruiting runners and volunteers, and handling advertising, promotion, logistics and even coordination with government officials. Every race requires a full-time, dedicated staff overseeing and managing things, but part-time staff and volunteers are essential—races couldn’t be staged without them.

RS: Some runners complain about race registration fees. Can you address this topic?

Majamäki: I’m frequently asked about this, some people wonder, they show up, run, and grab a shirt, bib and medal, but why so expensive? They often don’t realise it literally takes a village to stage an international race. For example, the Shangri-La Marathon is a 3-day event that takes place six hours from the nearest city and airport. Participant race fees cover round trip transportation to and from the race site, two nights of lodging, meals and a chef to prepare at least five full meals, bus transportation, fuel, groceries, water, race materials and signs. Fees cover volunteer expenses since they donate their time. That’s a lot for $495, but participants are fully supported for three days. Besides, seeing the breathtaking Meili Snow Mountains of Shangri-La is free!

RS: Are there differences between organising a race in the U.S. and a comparable one in China?

Majamäki: In many ways, the process is identical—every runner needs bottled water and hydration stations! But there are cultural differences and we must show governments that we are professionals and this isn’t just a one-time effort. Our partners in China are key to working with local government. They help us prove that local people and businesses benefit greatly from hosting a race. Eventually, they come to realise that this is a win-win situation.

RS: What’s the secret to ensuring a successful event?

Majamäki: Prioritising every runner’s experience. We ask questions like: How will the runner be impacted? What will their experience be like? Seeing the joy on runners faces as they cross the finish line—even if they’re so exhausted, they’re ready to pass out—is the ultimate satisfaction. Our goal? We want runners finishing our events to say,

“Wow! That was the most amazing race I’ve ever run.”

That sentence means we succeeded!

RS: What is the most memorable running event you have organised and why?

Majamäki: Our last event, the inaugural Yunnan Qiubei Marathon. It was small, but that’s what made it unique. Organisers, volunteers and runners formed a true community in a spectacular location. We also planned delightful surprises for everyone, including a bonfire, a boat ride and a tour beneath Green Dragon Mountain to caves located under the trails runners took the next morning!

RS: Are you expecting a bigger event this year?

Majamäki: We do. Registrations are flooding in for 2015 Yunnan; we think a lot of them resulted from photos of last year’s event that went viral. The Shangri-La Marathon registration is also filling up. The location, people and energy surrounding preparations are electrifying. I get goose bumps talking about it.

RS: Can you share tips for participating in an overseas event like those you organise in China?

Majamäki: I always tell runners heading to an exotic location to race to treat the experience like a vacation! I suggest that this might be the only time he or she has a chance to experience this far-off land, while they should think about the finish line, but don’t make the mistake of ignoring the world around you. Take the time to soak it all in and enjoy the journey. I also recommend packing a camera with their running gear to capture some great photos.

RS: What’s up next for you and Jenny? Any exciting news we can break?

Majamäki: We plan to add races in the Yunnan province. I can’t say exactly where, but there will be at least one new event in early 2016—perhaps a half or full marathon—a good race for all types of runners and the location is amazing. We expect to announce dates and launch a website by the end of May, so follow our current race schedule online and via social media to see what we’re up to!

Despite his harrowing work, running and travel schedule, Terry Majamäki never forgets his commitment to volunteering. Has he inspired you to volunteer at a running event in the future? We’d also love to know if can share a funny, quirky or heart-warming volunteer story with readers, so ‘fess up!

This site uses Akismet to reduce spam. Learn how your comment data is processed.

Get the latest updates and news from Yunnan • Puzhehei Marathon.